Note:  increase of hematoma volume >33% or >12.5 mL is considered a hematoma expansion [but varies among studies].

Spot sign can be defined according to this criteria:

Another criteria is listed in the Table below:

The Spot Sign Score can be calculated as follows: 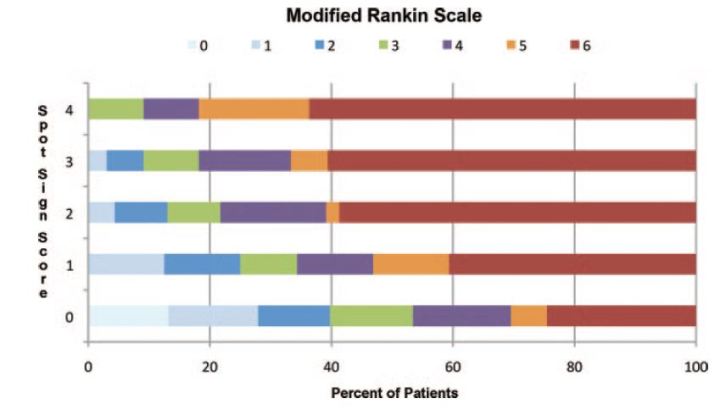 B. In-hospital mortality and overall outcome by spot sign score

PREDICT STUDY [Predicting Hematoma Growth and Outcome in ICH Using Contrast Bolus CT] for spot-positive patients, sensitivity for expansion was only 51%.  Are there other radiologic clues to risk of hematoma expansion in ICH?  (1) margin irregularity, (2) density heterogeneity, (3) fluid levels

Recent study showed that overall, overall, spot sign was the most reliable and predictive measure for expansion, although noncontrast markers performed reasonably well. Therefore, in scenarios where spot sign cannot be evaluated, other radiologic criteria may be able to predict expansion, but with less sensitivity.

Can hematoma expansion be restricted? 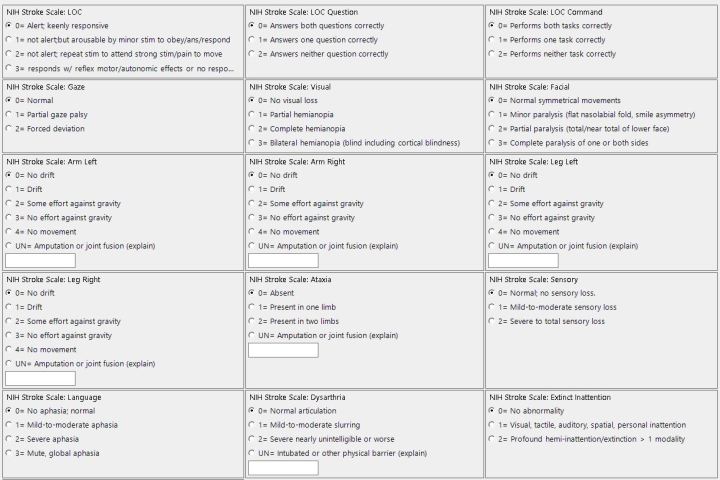 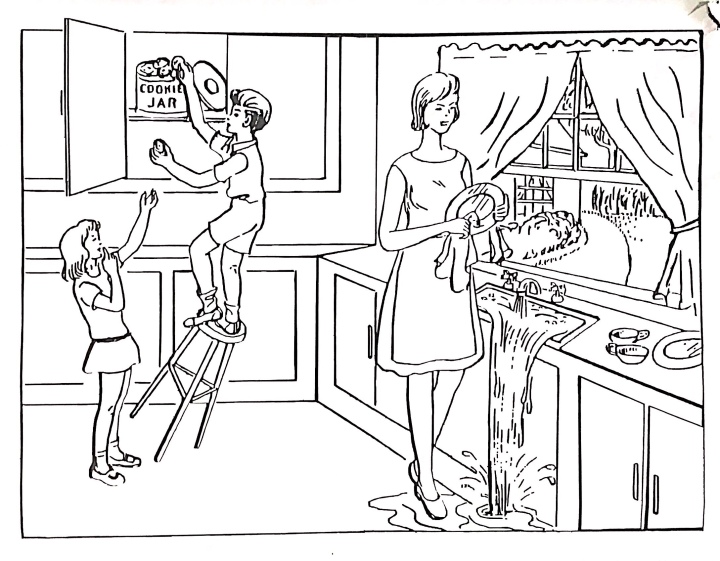